Shortly after joining the Royal Southern YC, we were on committee boat duty when I saw a Hardy Commodore 36 in the RSrnYC Yacht Haven. 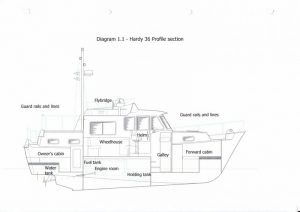 I thought it would work for us. Dairne took a little persuading! Also we would have to make several adaptations to allow Dairne to move around, and even to get on board.

We did look at other motor boats, but most required you to board via the swimming platform, and the owner’s cabin was usually in the bow where you have to swing round to get on and off the bunk; both impossible for most stroke survivors. 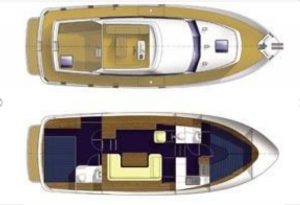 Teal, the boat we eventually bought, had been built in 2002 and   marina based, connecting to shore power each evening. As we often spend several days at anchor that had to be addressed. Other access issues had to be addressed to enable Dairne to board and move about.

We took delivery in September 2015, and endured a rough trip from Poole to Marchwood. During the winter of 2015/5 we spent most of the time in the Royal Southern YC Yacht Haven (because Ariadne was still technically in our ownership and Marchwood YC resist anyone having 2 boats in the yard).

After a Spring refot at Marchwood,  were really familiarising ourselves with the boat, and occasionally assisting at Royal Southern YC regattas

Jul7: Chilling out in Thorney Channel 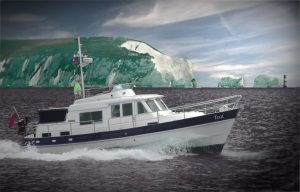 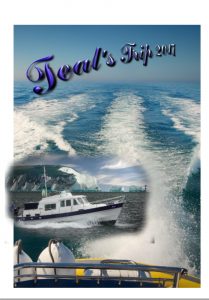 We were back in the water by April, and managed to do quite a few rallies with the Royal Southern Yacht Club cruiser and motor boat sections; and a couple of Marchwood YC Rallies as well.

We did not do much committee boat work in this year, but did make Teal available to the RSrnYC Sailability Day

The highlight of the year was a cruise in company with the Royal Southern YC, when we were accompanied by Dairne’s college friend, Rowena. The weather was very patchy all year, and we had serious doubts about making the trip. In the event it was successful, and our first real holiday since Dairne’s stroke. 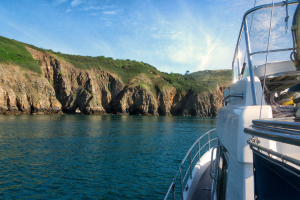 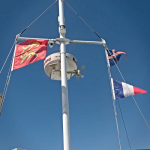 I had not planned to do a Log, and we were well into the trip before I started  collecting the material, so the early parts of the Log are a bit thin. In the end, however, I managed to produce both a You Tube video (and CD) and a pdf printed Log

Other events, organised by Royal Southern YC and Marchwood YC are recorded in the flickr albums 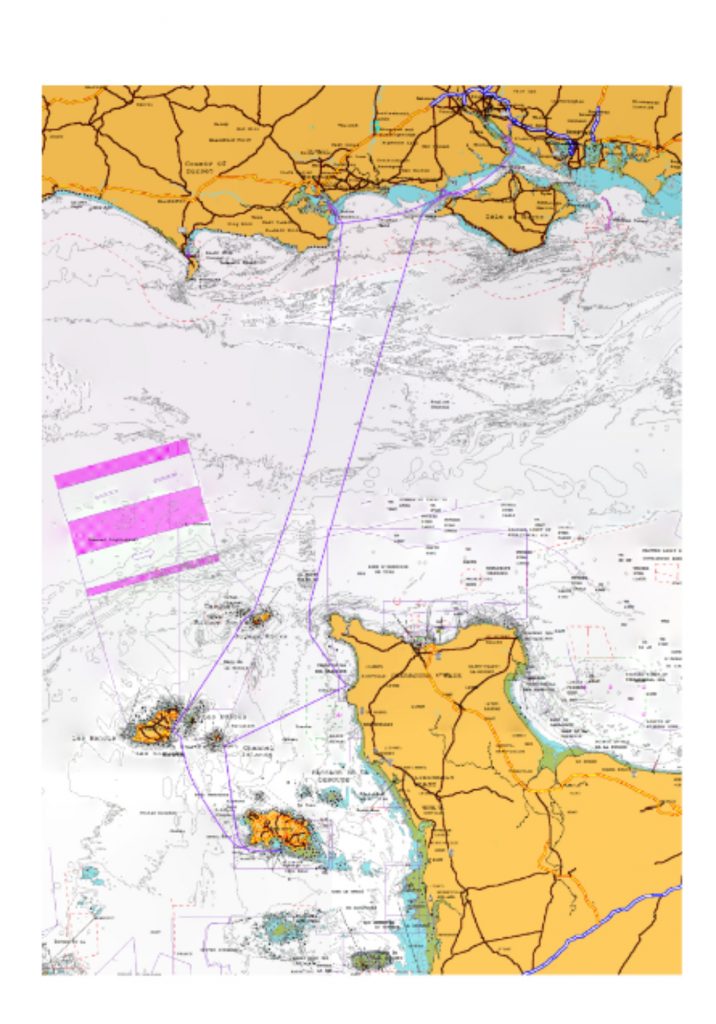 Everybody was late getting going this year after a long, cold, wet Spring. Alan Ganter serviced the heat exchangers, sorted out a pump defect and fitted a much better tap in the aft heads. Stuart Southwick did a brilliant job cleaning the teak, polishing and antifouling. I did a bit of work on the props, rudders trim tabs, and P-brackets. Propspeed has been abandoned in favour of Trilux on all of these except the props. There I tried PropShield, a kind of propeller grease. It turned out to be tricky to apply, and the end result seems rather rough. It did not work,  and was pressure washed off at the mid season scrub.

Highlights of the year are listed below/ The video and pdf cruise Logs. together with selected flickr albums, can be accessed from the links above. I had a period of illness early in the year, and the Marchwood pontoons were removed for dredging toward the end of the season, so Dairne could not get on the boat. We only did  one committee boat session for Royal Southern. I was on call for the protest committee for the Warsash Spring Series and the Fast 40 regatta run by Royal Southern, but there were no protests. We  favoured the mid week events run by Royal Southern and sadly we did not make it to any Marchwood YC event. We shall have to try harder next year!

Pottering about the Solent

We decided to have a quiet year, limiting our cruising to our “home range” between Portland and Selsey Bills.Over the winter we had added 200 watt solar panels; replaced the bedside lights with LED; added a radar reflector; and installed a feed from the batteries to our G-Tech carpet sweeper. The early part of the season was quite busy

10th-12th April – Newtown [rope round shaft during return. Lifted out]

15/16 May – longside MYC for generator repairs.

In 2021, we were delayed launching by Covid. Eventually we went for a short cruise  to Chichester. On our return we discussed the situation and agreed that Dairne’s post stroke mobility had declined further, and Graham was finding the preparation and packing up for a short cruise was getting too onerous, so we decided to sell Teal.

Teal was eventually bought and remained at Marchwood till the Spring of 2021. Then, renamed, she made a passage to Falmouth en route to Scotland. A period of severe weather coupled with a lucky situation with a boat moving company meant she completed the passage by road.

So, Teal no longer exists, and our boating days are over. Teal had given us 5 extra years on the water, and we enjoyed owning her.