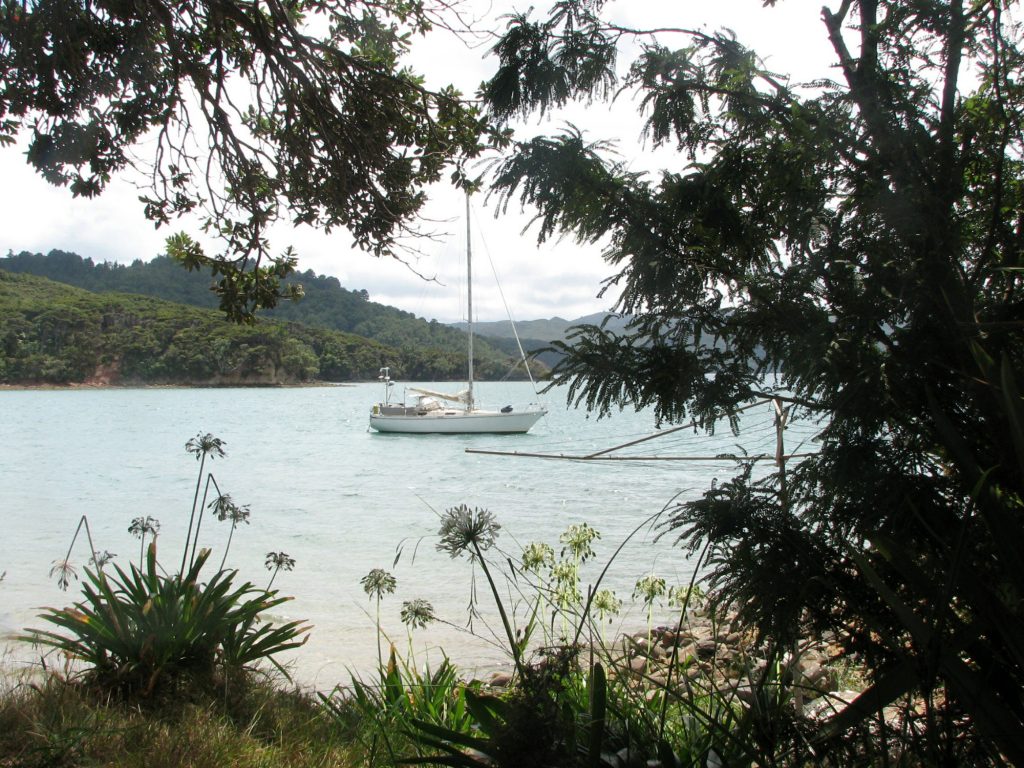 I hope our Kiwi friends and family will forgive this description by a Pom!

Nearly all NZ sailing is on the Pacific side of New Zealand – the west (Tasman) coast having virtually no safe all-weather harbours. The famed Milford and Doubtful sounds are on the west side, and are not really accessible to all but the most intrepid yachtsmen.

The main cruising grounds are between East Cape and North Cape on the east side of North Island. This is about a 300 mile stretch of coast littered with islands, bays and beaches, on about the same latitude as Spain. Tidal streams are generally weak, and most navigational hazards are easily visible, so pilotage is straightforward to anyone used to the hazards of the English Channel. There is virtually no commercial shipping.

The nearest foreign lands are Tonga and Fiji, about 1000 miles away. Pacific passage planning is complex because of tradewind patterns, but that is something I hope Iain has to face up to in future.

Most sailing is based round Auckland, and in the Hauraki Gulf. It is a large area, as shown by the comparative picture, showing Hauraki Gulf and English Channel to the same scale. 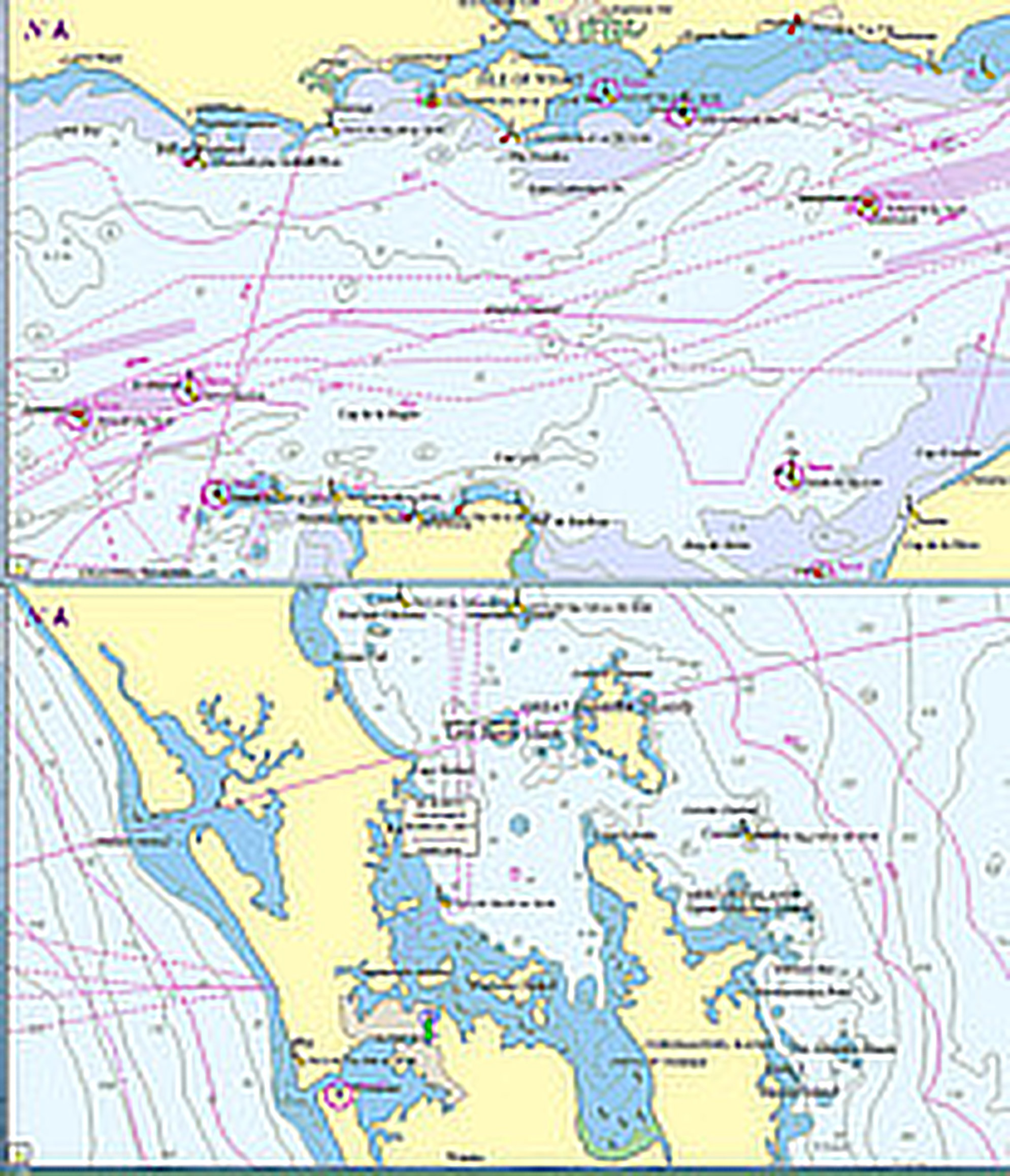