This website makes use of many kinds of media. Some are simply accessed to get live information (e.g. weather);  others are used as  a data source for these web pages (e.g. flickr) and some hold media publications that have been generated from our adventures (e.g. You Tube). Their role is described on each of the tabs on the left

I have more than 12,000 pictures on Flickr, organised in albums and sets.

1: An offsite secure repository for my most useful and treasured  pictures

2: The opportunity to see some wonderful photography organised to illustrate things that interest me

3: A yardstick to measure my own photographs

4: A convenient and secure way to share images with friends, family and the wider Flickr community, some of whom have become friends

5: Some excellent software for organising and presenting image Groups

A summary of my Flickr collection can be seen by clicking here
My broad policy is that pictures of people will only be published to flickr in private “friends and family” albums, or made public with their consent. This may not apply to photos taken at conferences, meetings, rallies or other semi public events. 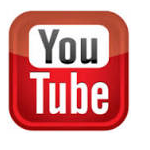 As digital cameras have improved, the quality of video that can be taken has come on leaps and bounds. But, unless you are setting out to ‘shoot a movie’ it simply is not possible to generate a coherent set of video clips to assemble a proper video. The compromise is to mix video clips with stills, supported by music and commentary.

I have published videos in support of the section on this website that covers the preparation of cruise Logs. They can be seen by going to Legacy -> Log Preparation from the menu bar at the top of this page

Gradually I have assembled a series of videos on You Tube, including 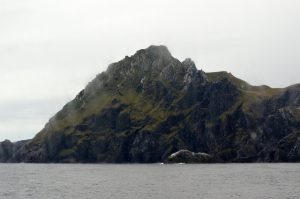 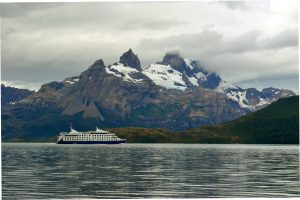 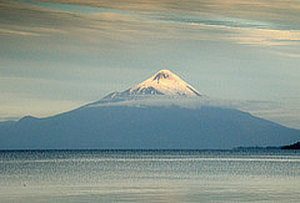 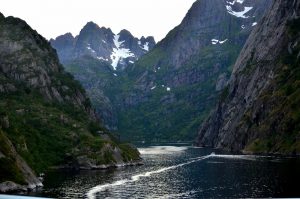 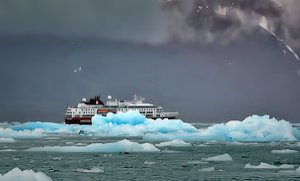 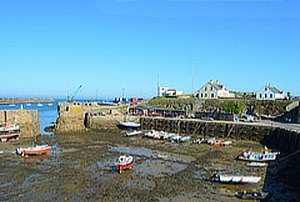 2011 A brief cruise tp to Alderney 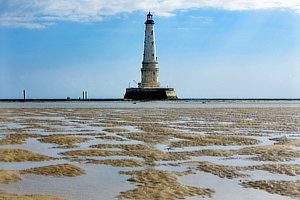 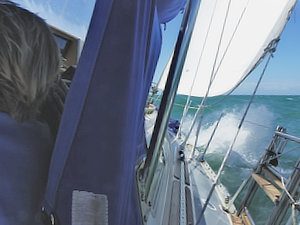 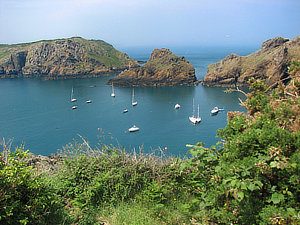 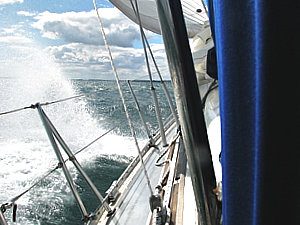 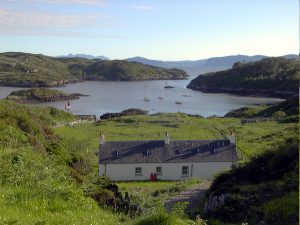 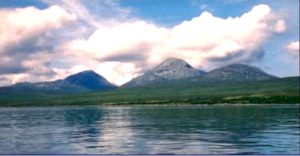 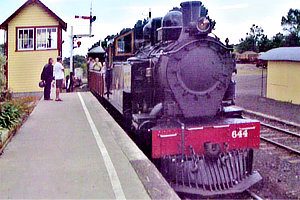 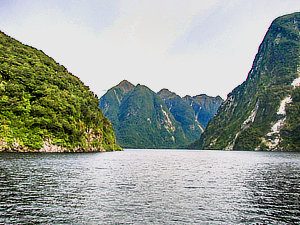 The law of copyright is a jungle, and I have tried my best to comply with the copyright of the music I have used, mainly by acquiring the music from freesfx.co.uk, or purchasing a licence from the Apollo Orchestra website. I have sought the consent of C-map (in the UK) and Software on Board to use their products, but have not consulted the Admiralty whose data underpins the chart software suppliers. My hope is that, because I am not seeking to profit from these videos, and because the use of the product is sympathetic and largely promotional, then there will be no challenge. For more information visit the DVD preparation  section.

I have acknowledged the information sources and so far this has been sufficient to respond to any challenges from You Tube.

Still to be added 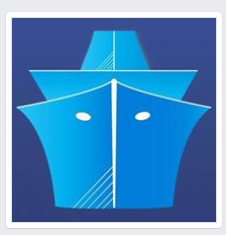 Automatic Identification for Ships (AIS) is now compulsory on all vessels over 150ft. Although warships are excluded, they usually carry the equipment. Many small fishing boats do too.

Without doubt AIS is the best addition to yacht safety in the last 25 years. I now carry a class B transmit and receive AIS displayed on my chart plotter.

Sometimes it is useful to be able to track friends or other vessels of interest. Fortunately, AIS has proved so useful to shipowners that, in addition to the normal transmission by VHF, many vessels transmit data by satellite. The best Internet display of AIS has been developed by the University of Athens. In fact, marinetraffic.com has become the de facto standard source of shipping information. Go to the site, see a target, click on it to see an amazing amount of data.

A current live display centred on the Solent is available from the AIS page of this website. For more sophisticated use, visit the main Marine Traffic site. [Have a play with the options available from the menu on the left.It is amazing what you can find out!]

From a leisure point of   view, ‘fleets’ such as boats racing or cruising on company can be set up and tracked. No doubt new ways of developing this capability will  emerge.

In addition to the ship’s course, speed last port and destination, full details of the ship size, speed and cargo capacity can be obtained. There are also images of many ships, and I have contributed to this growing library. 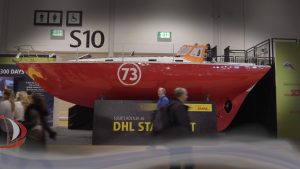 Normally, you sell a boat and move on

But when the buyer, Susie Goodall,  entered the boat in the Golden Globe, single handed, non-stop Round-the-World race, you have to follow what happens.

And when Susie, the new owner, was the only lady in the race, and the youngest competitor, then it has to be exciting!

The race started from Les Sables d’Olonne in July 2018, and the winners arriuved back there in January 2019. The first four boats finishing were all Rustler _36.

More details are available on the  Golden Globe website

The rules were trying to re-create the conditions when Robin Knox Johnston complete the course 50 years earlier. There was no GPS; only SSB comms, and few instruments. The boats had to be less than 36ft, with a long keel with a rudder attached to the back of the keel – i.e. traditional boats. Navigation was with sextant and paper charts

Trackers, radar enhancers, and EPIRBS were screened from the skipper.

As the fleet rounded Cape Horn, Susie was lying in 8th place. The leader, Jean Luc van den Heede (also sailing a Rustler 36) was 2000 miles ahead – showing his experience. The Southern Ocean took its toll and 2 boats were rolled and had to be abandoned before the fleet reached Australia. Leaving HObart, Susie was in 4th place. In the southern Pacific, the first two boats in the fleet were rolled or pitchpoled, but survived. Susie was not so lucky, having been badly pitchpoled and having the rig wiped off the boat. A dramatic rescue followed, with fantastic seamanship by the skipper of a Chinese freighter, and great skill and courage by Susie. Sadly the boat was abandoned, was leaking and has probably sunk. A sad, but valiant end to a much loved yacht. WE are still waiting to hear Susie’s account of the adventure.

Logs and websites depend crucially on images. My chosen vehicle for processing images is Affinity, produced by Serif.

As at July 2020, the Serif Affinity range includes 3 mainstream products (both available for both Mac and Windows):

Taken together, these products match most of the capabilities of Adobe’s Cloud offer.

Affinity Photo for  Ipad Pro was launched in November 2017, and is proving very popular. Affinity Designer for iPad was launched late in 2018 and is rapidly gaining a following. The iPad version of Affinity Publisher is still awaited. A data manager is just out of sight over the horizon

All the Affinity Apps are compatible across platforms (Mac, Windows, iPad) and between each other. Indeed the latest versions (except iPad) include a function called Affinity Studio which allows access to all the functionality of all three programs while working in any one of them.

The big difference is Price. Photoshop is now only available on a monthly subscription, starting at about £10 per month. The Serif packages are available at £50 each (inc VAT) as a one off charge with no rental.The Ipad Pro version costs £20 (Jan 2018)

A Data Asset Manager (DAM)will be launched later, but there is a lot of development work still to be done on the active products, especially the integration of Photo and Designer into Publisher.

Quite apart from the price advantage, there are some technical benefits, and it is also a British product, with the Development team based just outside Nottingham.

One video  (just over 6 minutes) sets out some of the benefits, and can be viewed by clicking here

The product has had many excellent reviews, and Affinity Designer was awarded Apple Mac App of the Year in 2015 (It only came to Windows at the end of 2016). One typical review can be seen by clicking here. And another from the excellent Digital SLR Magazine (May 2017) can be seen here (click on the image to zoom in). The product range is continuing to collect awards in 2019

I have been a Serif customer since 2001 when I needed a low cost photo editor to deal with the low level photography I was attempting at that time (PhotoPlus). My ambitions have grown ,in parallel with the Serif range, with the production of Logs (one of which won the RYA Log of the Year award in 2003) and videos, all of  which are dealt with elsewhere on this website. In addition to the Affinity products, I have also used Serif Page Plus, MoviePlus  and Web Plus (which was used to create my previous website).  Sadly, the structure of Serif WebPlus made it difficult to adapt to the modern flexibility required by mobile media, so Serif have been forced to withdraw support. So this website was constructed in WordPress.

There are more than 200 excellent tutorial videos already. The official videos can be accessed from the Serif  Affinity website

Although it is beginning to get our of date, a lot of information can be found by  clicking here. On that page you will find access to older tutorials, advice  on which of the Photoshop plugins also work in Affinity, and access to the Forums. And access to many free resources too.

There are numerous 3rd party videos. Clicking here will access table that shows the tutorial You Tube video pages that I have accessed (july 2019)

There are a growing number of tutorial videos on You Tube and Vimeo, as well as several facebook pages. The situation is too fluid to produce a full list but I would draw your attention to the Affinity Photo tutorials on Udemy produced by Simon Foster. They are not free, but are often offered at a discounted price of £10-15. In addition to the official tutorials, I find the YouTube videos from InAffinity, Isabel Aracama, Olivio Sarakas, and Affinity Revolution are particularly interesting. That has to be unfair to a number of other contributors. A good start for a Facebook source is Carl Surry’s facebook page called “Fans of Serif Software”

All my recent Logs have been finished in Affinity Publisher with illustration support from both Phot and Designer. I have also had the temerity to publish some demonstrations (they are not good enough to be called tutorials) on how to prepare Logs (see the Legacy section of this website) and a few about Affinity itself.In particular

(a) I found the process of setting up character, paragraph and text styles complex, so I out together a video for my own benefit. Some people like it, others do not. It is called “Affinity Publisher – a first encounter”

(b) In producing some of my marine photos I have had to some complex selections, and have developed a techniqur for selecting rigging that I have not seen elsewhere. That video is called “Complex selection in Affinity Photo”

(c) After watching Simon Foster’s tutorials on Affinity Designer, I found the section on preparing a presentation did not explain how to transfer the information into a presentation app such as PowerPoint. After discussing this with Simon, he encouraged me to produce a video explaining the issues. It is called “Pathway to PowerPoint  ”     (A sample of the artboards can be downloaded here. The zipped file is a .afdesign file. It includes sample slide rows, amd ythe templates)